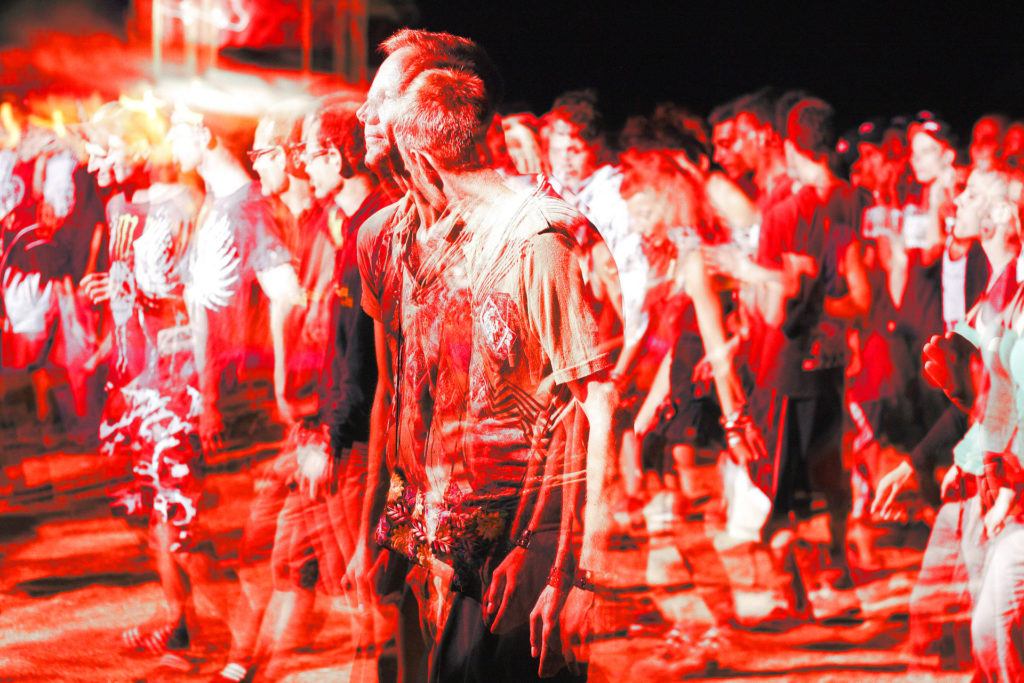 PRAY WITH US about Babylon economy seduces men. Father God, You are the King of kings. No matter what kings or even the Antichrist do, You will overrule them. Even though the increase of wickedness causes the love of most to grow cold, You will prevail. Still they will not escape Your reach. For You will cause their kingdoms to fall.

But Your foundation will remain. And Your kingdom will always stand. So when You shake the nations, show people the way out. As their kingdoms fall, help them find the Rock of salvation in Christ. Free them from their false dependencies, so they can learn to depend on You. For Yours is the kingdom, and the power, and the glory forever. In Jesus’ name, amen.

During the Tribulation, who “reigns over the kings of the earth”? Surprise—it’s not the Antichrist. It’s the harlot Babylon (Rev. 17:18).

The Antichrist uses Babylon as bait to seduce people to take the mark. They will take the mark so they can buy and sell.  (Rev. 13:16-17). They buy into an economy which is attractive, rich, luxurious, sexy, and intoxicating.

Babylon is “the great harlot with whom the kings of the earth committed immorality, and those who dwell on the earth were made drunk with the wine of her immorality” (Rev. 17:2).

If they only knew what was in that wine that’s so intoxicating, they might hesitate. But when you go to parties, you tend to go along with the crowd. When people are getting high and drunk, and they offer you a drink, you usually won’t ask what’s in it.

At least that’s how my party life played out before I came to Christ. I went to parties to make friends, to find girls, to make contacts, and hopefully find a better-paying job. Most people get jobs through personal contacts.

Revelation 18:11-13 shows a long list of alluring material things. They include gold, precious stones, fine clothing, vehicles, and expensive artwork. The Babylon economy offers all kinds of wealth and beauty. But it’s all brief and fleeting.

In fact, the entire Antichrist kingdom will last for only last a few years. The Antichrist will have “authority to act for forty-two months” (Rev. 18:5).

No, they are weeping and wailing and mourning for the Babylon economy. Especially the merchants “who became rich from her” (Rev. 18:15). They cry out, “Woe, woe, the great city, she who was clothed in fine linen and purple and scarlet, and adorned with gold and precious stones and pearls; for in one hour such great wealth has been laid waste!” (Rev. 18:15-16)

Similarly, people today wailing over the great US economy, fearing that two months of lockdown will lay it waste. But this Babylon economy falls completely in one hour.

“These will wage war against the Lamb, and the Lamb will overcome them, because He is Lord of lords and King of kings” (Rev. 17:14).

But the Babylon economy has become so powerful that it “reigns over the kings of the earth” (Rev. 17:18). So the kings decide to destroy the economy. The kings, and the Antichrist himself, “will hate the harlot…and burn her up with fire” (Rev. 17:16). Then they will muster the people to Armageddon, to war against the Second Coming of Christ.

What did they put in that wine?

However, the people have gotten drunk on the wine of Babylon. So have the kings. But what did they put in that wine, that people drank at the parties, without asking what was in it?

They drank “a gold cup full of abominations and of the unclean things of her immorality” (Rev. 17:4).

Certainly with all the immorality going on, people will get literally drunk. But they will also get spiritually drunk on abominations like homosexuality, incest, and bestiality. And a long list of other things that the Canaanites did, that God calls abominations (Lev. 18:6-30).

When people call these evils good, it makes them kind of crazy. Do you notice the frenzy that drives many homosexual activists to rail at Christians so much?

What kind of drugs do they take?

What kinds of drugs do they take there? Revelation 18:23 says of Babylon that “all the nations were deceived by your sorcery.”

The word for sorcery is pharmakeia. From which we get pharmacies and “Big Pharma.” Moreover, pharmakeia can mean drug use, poison, sorcery, and the use of magical remedies.

All these are interrelated. Sorcerers can make drugs and mix in evil spiritual influences. In this way drugs can open you up to all kinds of spiritual deception.

That’s why Revelation 18:23 says of Babylon that “all the nations were deceived by your sorcery,” your pharmakeia

For many people, drugs are the solution to not only physical problems, but emotional, sexual and mental problems.

This current trend toward taking more and more drugs, for more and more conditions, will only continue as the time of the Antichrist approaches.

God provides a way out

But we don’t have to go the way of the world, into increasing dependency.  If you have a dependency on drugs, on harmful sex, or material things, God will provide a way out (1 Cor. 10:13).

In fact, hear what God says to people in the Babylon economy. “Come out of her, My people, so that you will not participate in her sins and receive of her plagues” (Rev. 18:4).

So open yourself up to Jesus and to His forgiveness. Receive His all-powerful influence, His Holy Spirit, and His dependable Word. And the truth will set you free from your dependencies.