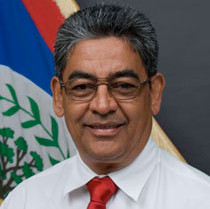 BELIZE JOURNAL PT.1 on anticorruption measures. Still another Gaspar Vega land fraud has hit Belize headlines. Once again we learned that the Lands Department then headed by Vega sold privately owned lands to Vega relatives for small prices, this time on Caye Caulker. Then the rightful ownership was “discovered.” Vega’s relatives were lavishly compensated, this time with the entire island of Mosquito Caye, valued at $5 million. What are our means to investigate and prosecute the Vegas?

Officially these means should already be operating. Last year evangelical leaders joined unions and business leaders in calling for government anti-corruption measures. Prime Minister Barrow at first balked but eventually conceded. The PM granted the renewal of the Integrity Commission and the Public Accounts Committee, to track the use of public funds. And he agreed to the strict anticorruption measures of the UN Commission Against Corruption (UNCAC).

But in July the government announced that the Integrity Commission would investigate only the current year’s activity. That effectively swept all previous years’ doings under the rug. Last week government members of the Public Accounts Committee decided not to hold meetings publicly. That contradicted its very name. And though the Prime Minister signed UNCAC in December, the government has done nothing to implement it. 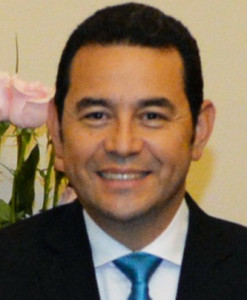 UNCAC mandates government measures to prevent corruption, criminalize corruption, enforce laws against corruption, and recover assets lost to corruption. It requires cooperation with international watchdogs to give teeth to these measures. Enacting such provisions has made Guatemala’s anticorruption measures, embodied by CICIG, a success. CICIG (International Commission against Impunity in Guatemala) has exposed corruption in Guatemala leading to the imprisonment of its former president and vice-president, and the resignation of many government ministry heads. CICIG is now seeking to investigate alleged mishandling of campaign funds by Guatemala’s current president, Jimmy Morales.

But what does Belize have for investigating the corruption in the Immigration and Nationality Departments reported by Belize’s Auditor General? Only the Senate Select Committee, which after many months has hardly touched the highest officials in those departments. What do we have for investigating the beheading of Pastor Llewelyn Lucas last year? Lots of evidence but extremely slow prosecution. What do we have for investigating many years of land grabs by former Deputy Prime Minister Vega while he was Minister of Lands? Only a canceled title to part of Mosquito Caye and a still-unreturned $400,000 fraudulently obtained by his son Andre Vega.

Leaders of stakeholders in Belize are renewing their calls for a vigorous and public Public Accounts Committee, Integrity Commission and UNCAC. And we have reason to believe that anti-corruption measures can really win out. UNCAC has so far succeeded in Guatemala. Will it prevail in Guatemala’s current presidential corruption crisis?

DailyInsight. Give authority only to those who have proven they will submit to that authority as much as they ask others to (see Gen. 39:1-6).

UNCAC —roadmap to recovery for Belize?

Teachers rally 3000+ while bargaining with PM.

IT IS WHAT IT IS.

PAC Will Not Meet in Public; Chairman Disappointed.

Belize should look to the past success of Guatemala’s anticorruption measures.