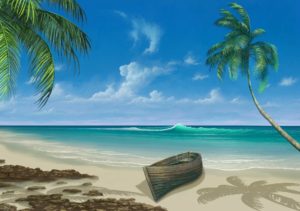 PRAY WITH US about Belize identity crisis deepens. Father God, You are Lord of every nation. “From one man You made every nation of men, that they should inhabit the whole earth” You also determined “the times set for them and the exact places where they should live” (Acts 17:26). So we thank You that You made a nation out of Belize in 1981. But Belize still lacks a national identity. We now seek You and reach out to You to find Your unique identity and purpose for this nation.

Others have come here for peace. We ask that You would give us more of Your peace. Others have come here for beauty. We thank You for the beauty of our land and sea, and ask thatYou help us preserve it. Most of all, others have come here seeking paradise. But the only way to true paradise is through Christ. Help us seek and find more of Christ, so we can help others find Him too. For He is the true desire of all the nations that have come to Belize. And only He can give each of us our true identity. In Jesus’ name, amen.

It never snows in Belize. But many Belizeans feature Christmas images of Santa’s sleigh, Jack Frost, and snowmen on their storefronts and homes. Mangers, however, are less popular than in former times.

Just as many are confused about what Christmas means, so many also doubt what it means to be Belizean.

Like many former British colonies, Belize has struggled to find a national identity to rally around. The 6 percent who are Garifuna (or Black Carib) recently celebrated their culture on November 19, Garifuna Day. The 10 percent who are Maya identify more with Maya communities than with the Belizean nation. Likewise, the German Mennonites at 4 percent, the East Indians at 3 percent, and the Chinese at 2 percent, mainly keep to their own kind.

The power to define Belize

Long the most populous group, the Black Creoles at 25 percent have gradually lost ground to the 47 percent who are Mestizos. Yet the Creoles dominate politically. They still have the power to define what Belize is.

Longtime social worker Nuri Mohammad laments their missed chances. “Let’s face it. Collectively, we blew it; our youths do not respect us! When we see them acting out their distorted perception of manhood [in gangs] in the streets of Belize City today, we really should look at it in a bigger context. And we should be willing to accept responsibility for not providing a culture of high esteem that told these youths who they were and where they came from.”

He points to the cultural influences that impacted the youth in Belize’s formative years. Belize gained independence in 1981. Immediately afterwards, cable TV came to Belize. Because the youth still lacked a national identity, many imitated the gang culture they saw on TV. According to Nuri, they were “influenced by North American television images of plastic heroes and an inordinate love for consumer goods”. Which they could buy if they hustled for drug money.

The most visible alternative was the superficial image of a peaceful laid-back tropical paradise promoted to tourists. That image differed radically from young people’s struggle for survival on the city streets.

A haven for peace-seekers

But the fact is, people have always seen Belize as a haven for foreigners seeking peace. Tourists are only the most recent comers. Buccaneers sought cover here in the 17th century and settled here to cut logwood in the 18th century.

A wave of Garifuna escaped here from a civil war in Honduras in 1832, just about in time for the abolition of slavery in 1833. Mestizos escaped here from a civil war in Yucatan in the 1840s and 50s. In the 20th and 21st centuries, more Mestizos have come here as economic and political refugees from surrounding countries. So have German Mennonites, East Indians and Chinese.

The way from slavery to God-centered identity

But what became of the base Creole population descended from former African slaves? Slavery had broken and virtually erased their ties with their families and nations in Africa.  After hundreds of years in Belize they have become a minority with little cultural tradition, among minorities with strong cultural traditions.

Such were the patriarchs in Canaan. They had broken with their families and cultural traditions in Ur of Chaldea. Why? Because God had called them to start a new family and new nation. They would bless other families and nations by their new faith.

But their descendants too became enslaved. Moreover, they were ostracized, poor and oppressed. But God helped them to escape. He gave them a new God-centered culture. Then He gave them a Promised Land.

Belizeans too can have a God-centered identity, culture, nation and land. So can every tribe, tongue, people and nation.