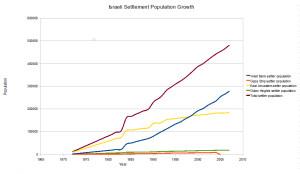 CHRISTIAN NEWS: SOURCE. By MOSHE DANN. Jerusalem Post. 12/28/2011 22:01.Prime Minister Binyamin Netanyahu’s assertion that Jews would not be allowed to build on ” private Palestinian land ” is a long-standing policy endorsed by Israeli governments and the judicial system.

The question, however, is what constitutes “private Palestinian land” and who decides what is and what is not private Palestinian land? If it is true that Jews are stealing land, this violates Jewish and Israeli laws and values and justifies calls for boycotts, sanctions and even the elimination of the state, since it applies to areas acquired after 1948 as well as in 1967. A devastating moral and legal indictment, it would undermine Israel’s moral foundation, its raison d’etre.

Promoted by Arab propagandists and their supporters, politicians, academics, media and anti-Israel NGOs, this theory has also been adopted by Israelis, including prominent judicial figures who give it legitimacy. A poisoned narrative based on ignorance and/or misunderstanding, it is a lie.

Based on titles and deeds, land that is registered becomes private property. But what if there are no documents to prove ownership?

What Arabs claim as their “private Palestinian land” was not purchased; it was state-owned land that was either given away by the sovereign power during the Ottoman, British and Jordanian occupations or was encroached and developed. Arab claims based on gifts and alleged agricultural use are not property deeds. How, then, did this confusion about “private Palestinian land” come about?

Using ownerless, uninhabited land is a universally recognized method for claiming it, unless contested. Until the modern period, land registration, especially in sparsely populated areas like the Middle East, Africa and North Africa was not widely practiced.

With the rise of nation-states and the development of bureaucracies this changed.

According to international agreements such as the San Remo Accord (1920) and the League of Nations (1922), the Mandate for Palestine was intended as a “Jewish National Home.” This anchors the rights of the Jewish people and Israeli sovereignty in law. It has never been superseded.

Administering the Mandate, Britain organized land surveys in Palestine, primarily to collect taxes and create an orderly system of land ownership and transfer. According to Dr. Dov Gavish, who wrote the only extensive study of this topic, Survey of Palestine, 1920-1948 (2005), maps were drawn based on where inhabitants were found and on verbal claims, usually by local mukhtars (chiefs) and sheikhs, not on documents or land registration.

Based on aerial photos and evidence of cultivation, villages were arbitrarily divided into 60-hectare (about 148-acre) blocks, which were then sub-divided among local peasants. Highly inaccurate, these fiscal maps nevertheless became the basis for taxation. They did not and do not reflect legal ownership.

Maps held by Turkish and Jordanian governments are unavailable, and many maps held by the British Mandatory government were accidentally destroyed. The Israeli Civil (Military) Administration also has aerial maps which are used to determine land use, and surveys which are not necessarily reliable or accurate documentations of private ownership.

These questionable maps and documents, however, are used to sanction Arab claims and charge Jews with stealing “private Palestinian land.” Although these lands could have been registered, most were not. Moreover, land which was not used, or not passed on by inheritance reverts to the original owner, the state, by law.

Most of what is called “private Palestinian land” is claimed – and some registered – based on policies that legitimized squatting after the fact and by counting land as “owned” when in fact it had been leased, or simply used.

During the Mandate period, most of the land that was registered by individuals was called “Miri.” Leased, not privately owned, “Miri” land remained property of the state.

Although land that was not used for 10 years should have reverted to the state, large areas of such unused land remained under local Arab control.

Another category of ownerless land, called “waste land” (“Mewat”), is known throughout the Middle East and recognized in international law. Dr.Ya’akov Meron’s authoritative article, “Waste Land (Mewat) in Judea and Samaria,” (Boston College Int’l & Comparative Law Review, 1981) notes that this land was not included in state land and could be claimed by whoever used it, Jews or Arabs.

Because land on which most settlements are built is not agriculturally useful, Arabs did not claim ownership until recently, when anti-settlement NGOs asserted that these lands belonged to Arabs, individually and/or collectively based on hearsay, maps and documents that are grossly inaccurate and often false.

Assertions by NGOs and Arabs that land is private Palestinian land, however, even when approved by politically motivated government and judicial officials, including the State Prosecutor’s Office and Civil Administration, are not necessarily true. Although these claims may be blindly accepted by the High Court, they are not valid until they have been examined and authenticated by lower courts. This has led to much confusion about what constitutes “private Palestinian land.”

Accusing Israeli Jews of “stealing private Palestinian land,” condemning “settlements” as “illegal,” “violations of international law” and “the occupation” are powerful weapons in the war to demonize and delegitimize Israel.

Commonly accepted and taken for granted, these charges are used to justify Arab terrorism (“resistance”) and subvert Israel’s moral right to exist. Such allegations are inaccurate and feed anti-Israel propaganda. Who needs them?

For more related to this topic of “Private Palestinian land”, see

Israel strikes back at rise in Gaza attacks

Iranian cyberattacks aim at US economy

Because land on which most settlements are built is not agriculturally useful, Arabs did not claim it as “private Palestinian land” until recently.