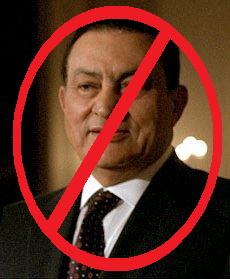 Posted by Roni Drukan Dec 24th 2011 at 11:07 am in Egypt, Islam, Middle East, News, human rights, sharia. Egypt is caught in yet another round of violence as protesters refuse to leave Tahrir Square. This time around, the revolution square is dominated by secular youth. Those same people that took to the streets in Egypt a year ago demanding freedom and democracy are now filled with despair. A year ago, the secular crowd demanded Mubarak step down from his 30-year reign. Using social media as their weapon, protesters demanded freedom and democracy.

A year later, they got democracy, but between the hard ruling Military Junta and the phenomenal rise of the Islamic parties, their situation is worse than in Mubarak’s days.

“The youth feel let down. They don’t feel that any of the revolution’s goals have been achieved,” ElBaradei, Egypt’s top reformist leader, said on the same day electoral authorities announced that Islamist parties captured an overwhelming majority of votes in the first round of elections.

Esraa Abdel Fattah, an Egyptian democracy activist known as “Facebook Girl” for her social media savvy, fought for a new Egypt. A year later she says Egypt is having major setbacks during this period of transition, and despite Mubarak stepping down, the country is still in the “Mubarak regime” and life is not better than it was a year ago.

The young generation in the Arab world was the major driver behind the Arab Spring revolutions. Indeed, it was the youth who were at the forefront of protests. Young women stood alongside men, often leading protests and showing no fear.

But as Islamic forces abducted the revolution and political Islam won elections in Tunisia and Egypt, the same secular youth that called for revolution are now concerned their fight led to a worse outcome.

Raghida Dergham, a columnist and senior diplomatic correspondent for Al-Hayat, one of the leading daily pan-Arab newspapers, believes the youth activists where hijacked by longer established Islamist groups. “When the youths went to Tahrir Square and other places they wanted a modernist future,” Dergham says. “Suddenly they were encroached upon by the very well-organized and well-experienced Islamist parties… As long as there is no separation between religion and the state there will be a huge price to be paid by much of the population in the Arab region — particularly women,” she said.

In a recent column, Dergham wrote that the “Arab Awakening will end in the Slumber of Dark Ages” if Arab women fail to take the initiative. She says they should stand up to the Islamists now for the rights of women in the new Arab world.