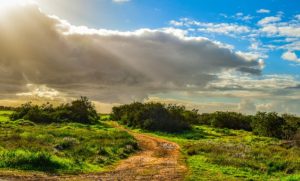 PRAYER ALERT on possible roadblock. Exactly 100 years after the 1859 Wyke-Aycinena treaty on the Belize-Guatemala border, legal expert William Bianchi published a book about the dispute. He titled it Belize: The Controversy between Guatemala and Great Britain over the Territory of British Honduras in Central America. In it he explains how the UK sent Charles Wyke to negotiate a treaty defining the border, with no instructions about a cart road. Guatemala showed no interest. No wonder. All the terms of the 8-article treaty favor the UK. That is, until Article 7, which was added later.

At that time Wyke wrote to the UK saying that he would fail unless he offered to Guatemala the cart road as an “inducement”. Furthermore, as Article 7 later stated, the road would be mutually beneficial. Guatemala would gain access to the Atlantic. And the UK would regain Guatemala as a trading partner, whose trade she had lost to US steam boats in the Pacific.

Guatemala’s Foreign Minister Pedro de Aycinena agreed to that provision. In a letter, he specifically called it “compensation” for accepting Belize’s version of the border. But the word “compensation” did not appear in the treaty. Still, Guatemala can point to other documents, including parliamentary speeches, saying that Article 7 was meant as compensation to Guatemala.

If so, the UK’s subsequent failure to make its “best efforts” to help build the road may be taken to violate the treaty, rendering it void. Or, as Vasciannie said, the treaty may remain valid if “compensation” is made. 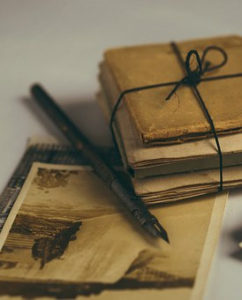 In interpreting the treaty’s wording, legal experts will often look for the intent of the signers of the treaty. They will look for documents that clarify the intent. Thus Vasciannie closes his long paragraph on the “weaknesses” of Belize’s case: “Finally it is important to ensure that the British and Guatemalan archives are available to the lawyers as they prepare for litigation. In addition to strengthening the case for Belize, this will also prevent the possibility of surprise in the litigation, an ever present risk when more than 300 years of documentary evidence have to be assessed.”

So I hope our lawyers at the ICJ follow Vasciannie’s lead and get access to Guatemalan archives. Then they will risk less surprise by whatever evidence Guatemala is counting on for its case.

Why they never built the road

Bianchi’s book describes how the UK did make efforts to plan and finance the building of that road. But it disagreed with Guatemala on the location & cost. Also some in the UK Parliament objected that Wyke exceeded his instructions and committed the UK to help build the road at a cost it couldn’t afford.

Then Guatemala became very unstable and embroiled in its turbulent domestic troubles. The UK didn’t want to put money into that mess. And negotiations broke down. So whether the UK made its “best efforts” to build the road is debatable.

After one more series of efforts by both sides to live up to the treaty in the 1930s, Guatemala finally declared in 1940 that the treaty was broken. Since then they keep challenging the treaty’s borders…

Father God, we take our case to Your court. You are a just Judge. You have determined the times set for us and the exact places where we should live. Let now be the time for a final resolution of our dispute with Guatemala. You say, “Do not move the ancient boundary which your fathers have set” (Prov. 22:28). Confirm the evidence of where those boundaries were set, once and for all.

Help all concerned to hear and accept Your verdict. Open the way to fulfil all that trade that Guatemala needs, whether by land or sea or any means you ordain. Make us good and distinct neighbors with Guatemala. And help us all to live together in Your grace and peace. In Jesus’ name, amen.

DailyInsight. God comes near in the moments we least expect. He breathes new life into our broken places. Paula Rinehart (see Gen. 16).

Guatemalan border view —no border at all.

Belize: The Controversy between Guatemala and Great Britain over the Territory of British Honduras in Central America. By William J. Bianchi.