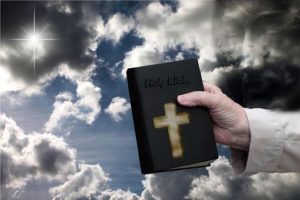 PRAY WITH US for our Raising Standards March and How Believers Will Rule Earth with Christ: Father God, You have made Your Son Jesus King of kings and Lord of lords. The nations have not yet accepted His Kingdom. But the church has. Empower us to testify the truth of His Word to the world. And to speak that truth in love. Help us to follow and raise Your standards of faithful marriage and loving family life. Make us fruitful that we may multiply.

Encourage us to persevere in Your ways. Use us to show the world Your forgiveness, goodness and righteousness. Move on the 2020 Belizean political candidates to raise the standards instead of let them fall further. Specifically, turn them away from the LGBT, abortion and drug legalization agendas. Let divine transformation come to Belize instead! In Jesus’ name, amen.

PRAYER ALERT: Raising Standards March for His Kingdom in Belize

With the upcoming 2020 elections in the US, Belize and elsewhere, we should know what kind of government God seeks on the earth. While democracy is the best system of government in a fallen world, Christ will not restore democracy when He returns to establish His kingdom. Instead of choosing leaders by popular election, Christ will choose leaders who have proven to be good and faithful servants.

With Him they “will judge between the nations, and will render decisions for many peoples” (Isa. 2:4). They will apportion out lands and properties which the end-times wars and plagues have devastated and burned. With supernatural power they will “restore the land, to make them inherit the desolate heritages” (Isa. 49:8). The time will arrive for “the period of restoration of all things” (Acts 3:21).

In Belize, churches aim to start a period of restoration of standards which have fallen, with public events in different districts on Independence Day, September 21st. In Belize City a multi-church parade follows a school parade which begins at 9:30 am at Memorial Park. Our parade ends with a rally at Battlefield Park. Our nonpartisan “Raising Standards” campaign will address standards of marriage, family values, right to life, and political integrity, as opposed to the LGBT, abortion, pro-drug and corrupt political agendas which have spread in Belize. We will challenge the 2020 political candidates to raise the standards with us…

Read more about How Believers Will Rule Earth with Christ

DailyInsight: Keep raising the standard of truth for your speech or else you may settle for half-truths and live lies (see Jn 7:18).