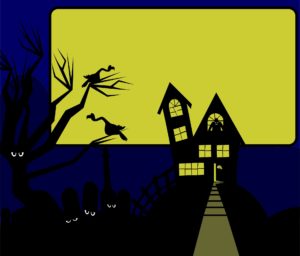 Many residences have registered “phantom voters” who don’t live there. (Image by Merio from Pixabay.)

PRAY WITH US about Representative Democracy Eroded by Voter Fraud.  Father God, we thank You for creating all men equal in value. Thank You for raising up democracies that give each person that legal value in voting and exercising freedom of choice. Protect that choice. Specifically, ensure that every person can choose to serve You as Lord. Also, protect our right to choose our representatives by voting.  Expose any effort to wrongly influence or falsify those votes. Prepare and lift up Your chosen candidates. Furthermore, give them favour with the voters.

Give our future leaders Your counsel on every decision. Show them how to be good and faithful servants of the public and of You. Show them Your plans to raise the standards of family values and righteousness. In that way, other good and faithful servants may grow up in Your ways to wisely guide this people. Also, help local and national leaders come into agreement on Your plans. Show them how to prosper and not to harm us. And to give us the future You have designed for us. In Jesus’ name, amen.

All around the world we hear charges of election interference that undermines democracy, most notably against both Trump and Clinton in the 2016 US election. Now Belize has its own election controversy. This arises even after a recent nationwide re-registration designed to clean up voters’ lists. Channel 5 Belize reports many cases of a single residence now recorded with dozens of phantom voters. This issue “keeps popping up in constituencies all over.” Two cases in Belize City involve people in high places in government.

For instance, PUP Deputy Party Leader Julius Espat owns a commercial property at 57 Southern Foreshore. The husband of UDP Albert representative Tracy Taegar-Panton, Herbert Panton, rents that property. How then have 22 other people registered as “voters” there? In response, Espat complains that “the law is too vague… We spent all this money going through re-registration and we are going right back to where we were at square one.”

In another case, Deputy Police Commissioner Edward Broaster is one of twelve registered “voters” at Chon Saan Restaurant on One Kelly Street, Belize City. Lee Mark Chang, UDP candidate for Caribbean Shores representative, owns that restaurant. His PUP opponent is present Caribbean Shores representative Kareem Musa. Accordingly, Musa is going to court on Monday to challenge Broaster’s address at the restaurant. Also, Musa is calling for amending the Representation of People’s Act to eliminate such glaring fraud.

DailyInsight. Democracies are ruled not by a majority but by those who win the majority’s votes. They often by breaking the majority’s rules (see Isa. 10:1-2).