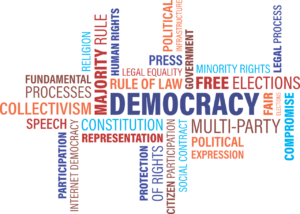 PRAYER ALERT on unions demand reforms first: Father God, You alone are righteous. But we thank You that Jesus became sin for us, so that we might become the righteousness of God. For righteousness exalts a nation. But sin brings disgrace to any people. We hunger and thirst for righteousness in Belize. Yet we have had governments which have disobeyed its own laws and its own commitments against unrighteousness.  We do not want another government to sink into corruption again.

So we ask that You not allow any elections until those anti-corruption laws and commitments are enforced. And that violators take the consequences. Also  we lay before You the unions’ other conditions for elections. They include investigations of immigration violations and of alleged bribes. Nothing escapes Your sight. So we ask that You expose what needs to exposed. And shine Your light on paths of righteousness. That way Your choice of candidates will know the way to go. And lead us not into more temptation. But deliver us from evil. For Yours is the kingdom and the power and the glory forever. In Jesus’ name, amen.

After the National Trade Union Congress of Belize (NTUCB) demanded the immediate implementation of the UN Convention Against Corruption, the Belize Government failed to respond at all. Instead of waiting any longer, the unions are making more demands.

In fact, NTUCB is boldly calling for the delay of the 2020 elections. First it says Belize must ensure that neglected election laws are followed. Specifically, all candidates must provide a list of their donors. Also, they must report all single donations above $1000 and all cumulative contributions above $4000.

Moreover, no elections should take place until:

1 The UN Commission Against Corruption not only implements its first phase but begins its second phase.

2 The inactive Integrity Commission and Public Accounts Commission becomes fully active. That they show integrity and accountability in their own expenses. And that they become independent from undue government influence.

3 Those who have failed to comply with the Finance & Audit Act take the penalties.

4 An independent investigation into the alleged wrongdoing of former UDP party leader John Saldivar and all other named public servants begins.

5 Police investigations into immigration violations lead to convictions where illegal actions are found.

The unions will hold a demonstration to publicize their causes on Thursday. If they gain enough allies and public support, the government may well have to postpone the elections until it satisfies their demands.

N.T.U.C.B. Says No Elections until Demands are Met