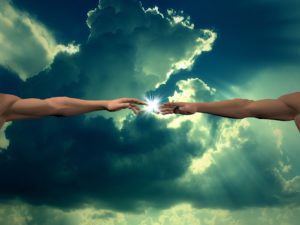 Pray for the new Intelligent Design advocate in education, that God will:

1.    Make the most of President Bolsonaro’s recent declaration of faith. This came out at The Send, a massive Christian worship event in Brazil, There Bolsonaro said he “believes in Jesus as his Savior and that Brazil belongs to God.”

2.    Bring about more public debates on darwinism vs creationism. Help creationists to keep winning these debates by the grace of God. And show that all can understand God through what He has made (Rom. 1:19-20).

3.    Give more believing scientists and public leaders boldness to expose darwinism’s fallacies. Specifically, to reveal the irreducible complexity of the simplest forms of life. These cannot have happened by accident.

Brazil’s President Jair Bolsonaro has made a bold move for the cause of Intelligent Design (ID). It should shake the world of science. Specifically, he has appointed Dr. Benedito Guimarães Aguiar Neto to head the agency that runs Brazil’s university graduate programs. That agency also provides teacher training for primary and secondary schools.

Dr. Aguiar Neto has long promoted ID. He has led a Sao Paolo Christian school which studies and teaches ID. Also, he has said that all schools should teach ID. It serves as “a counterpoint to the theory of evolution.” This rattles scientists for whom evolution has become a matter of faith, not a science. Because proofs have emerged of the irreducible complexity of even the simplest forms of life. These have rendered darwinism untenable. As a result, creationists regularly win every debate they have with darwinists.

Stephen Meyer’s 2013 book Darwin’s Doubt, which made a case for ID, became a turning point. For example, it convinced Yale professor and computer scientist to abandon Darwinism.  He said of the book, “few open-minded people will finish it with their faith in Darwin intact.”

For many decades schools have taught that we evolved by chance from primordial soup. Therefore Genesis One would be a lie and the word of God irrelevant. But Intelligent Design shows that the obviously-designed universe has a Designer. Let us pray that bold moves like this will destroy the godless fable of darwinism. And restore faith in our Creator.