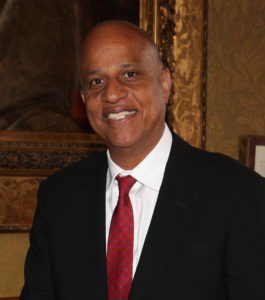 PRAY WITH US on Newly Elected Ruling Party Leader Resigns. Father God, You live in a high and holy place. But also with him who is lowly and contrite in spirit. You seek to revive the heart of the contrite, and revive the spirit of the lowly. So we humble ourselves to pray. We need revival to break the spirit of corruption in the government and in our hearts too. Therefore pour out Your mighty Spirit on Belize during this election year. Set the course for Your Spirit to reign during the next five year term of government.

Bring down corruption in high places. Instead, exalt humble leaders with a heart to serve the people and You. Also release waves of repentance over voters and candidates alike. Reveal Jesus as the Lord of lords who alone knows how to direct our nation and our individual lives. Fill us with the Spirit of righteousness and truth as we learn Your ways. And help us fulfil our commitment to You in our Constitution when we declared Your supremacy over Belize. In Jesus’ name, amen.

Three days after the ruling UDP elected John Saldivar as party leader, he resigned. The Lev Dermen trial in Salt Lake City produced text messages revealing that Saldivar had taken US $50,000 from associates of Jacob Kingston. As a result, outgoing Prime Minister Dean Barrow asked him to step down from party leadership. Saldivar complied, still maintaining his innocence. Yet he did not acknowledge that Barrow had also suspended him from his Cabinet.

This latest example of flagrant corruption of politicians only intensifies widespread demands for anticorruption measures. In fact, more than three years ago Belize signed the UN Convention Against Corruption (UNCAC). The Belize National Teachers Union had forced this concession after an 11-day strike. Yet the ruling party has mostly ignored this commitment. And so corruption has abounded while UNCAC has mostly lain dormant.

Last week the National Trade Union Congress of Belize (NTUCB) demanded action. NTUCB set a deadline of February 28 for implementation of UNCAC. Otherwise, the government will face “escalation” by the unions.

Specifically NTCUB called on government to do the following by the end of the month:

1.    Implement the first cycle of the peer review process.

When the government did not respond, NTCUB held a press briefing. Hubert Enriquez explained that the second cycle mandates oversight of campaign financing, among other things. Has the government delayed UNCAC because it wanted to both rule and run in the 2020 elections without any accountability? We must pray that 2020 voters will not give in to cynicism about our democratic system. Or enable more corruption in the next five-year term of government.

NTUCB to GOB: implement UNCAC, or else …