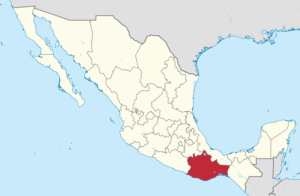 PRAY WITH US about Mexican pastor killed. Father God, we declare Jesus as King of Kings and Lord of Lords. No one else deserves our worship and service. But we grieve with Your Holy Spirit that so many Mexicans have come under the power of gangster lords and gangster worship. In response, expose them as tools of Satan. He does not come to help them but to steal, kill and destroy. Comfort and protect those who have been attacked. Also, turn the churches from targets into places of safe refuge.

Furthermore, empower them to overcome evil with good. Make the churches your vessels for the transformation of cities and villages. For You have done that in other places in Latin America. Therefore show that Your power is greater than any drug cartel power. And show that Your reward is far greater too. For no other name exists under heaven by which we must be saved. In Jesus’ name, amen.

DailyInsight. Choose peaceful surrender to a loving Lord or the torment of living apart from Him. Both last forever (see 2 Thess. 1:8-10).

The Narco Who Died Twice

On August 18 Pastor Alfrery Lictor Cruz Canseco died after being shot at point-blank range outside his Fraternidad Cristiana church in Oaxaca state, according to  Christian Solidarity Worldwide. The police have yet to arrest a suspect. CSW warns that “a climate of impunity” has allowed such violence. Growing criminal groups have targeted Christian leaders because they see them as threats. Ten religious leaders were killed in Mexico in 2018 alone, according to CSW.

Furthermore, Open Doors reports that other Christian leaders and their churches have become victims of extortion and attacks throughout Mexico. The US Commission on Religious Freedom blames such attacks on cartels like Los Zetas and Knights Templar. They target religious leaders “because they speak out against the gangs and/or because they refuse to include gang spiritual mythology in their sermons,” says the USCIRF report.

For example, the Knights Templar cartel has promoted the cult of its “gangster saint”, the now-deceased Nazario Moreno Gonzalez. People call him “El Mas Loco” or the “Maddest One”. Gonzalez dressed his gangsters up as crusading knights during initiation ceremonies. They forced initiates to cut up victims and, at times, to eat their flesh. Popular narco ballads have spread the myth of Saint Lazario and his Knights Templar. We must pray that God will protect His people and win the hearts of Mexicans away from drug lords.

Click here to see how to pray about this…

DailyInsight. Jesus joined our human family so that we may join His divine family (see Heb. 2:10-15).

Donate to BPN through PayPal